Pö Tulku Rinpoche is – especially in Sikkim – a famous and highly acclaimed teacher and doctor of the Karma Kagyu tradition. Rinpoche obtained his highest education in Buddhist philosophy at the monastic university Karma Sri Nalanda in Rumtek in Sikkim. He was a contemporary there of Sangye Nyenpa Rinpoche and Dzogchen Ponlop Rinpoche. His special aptitude in the areas of Tibetan and Chinese medicine and acupuncture has brought him into contact with many people. He plays a very important role in the social welfare systems of Rumtek Monastery, the main seat of H.H. the 16th Karmapa, and in other Kagyu monasteries in Sikkim. His dharma activities in Sikkim include the founding of a home for seniors, a centre for Tibetan medicine, a Tibetan Buddhist meditation centre, and the building of so far five Buddhist lay community prayer temples (Nyuney Lhakang). He also founded a dharma centre in Sydney, Australia. 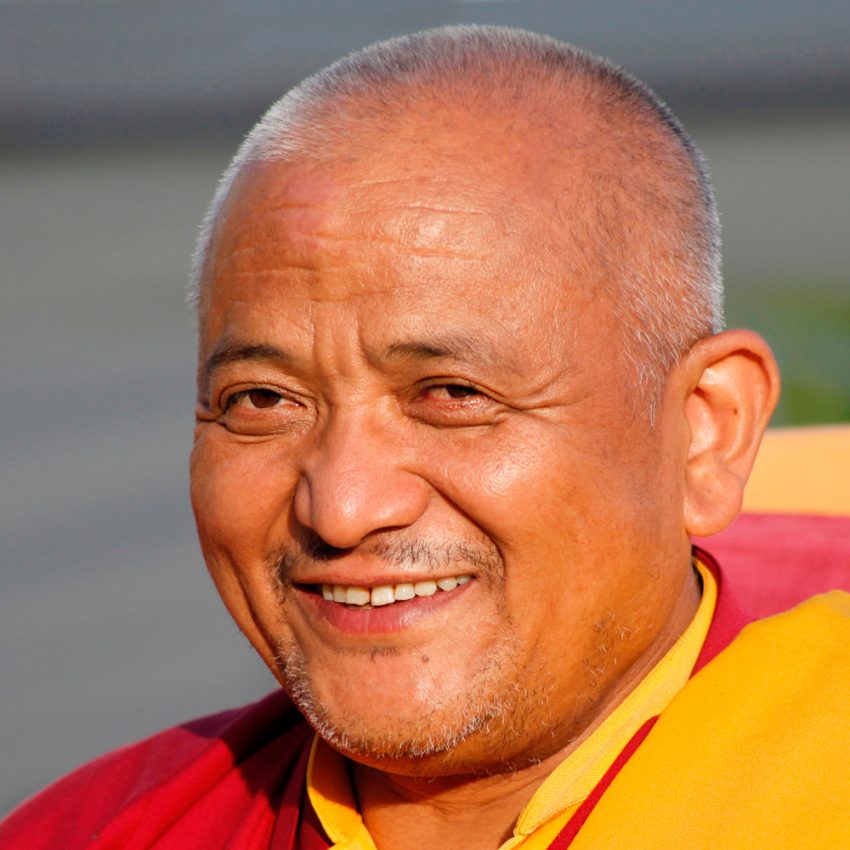